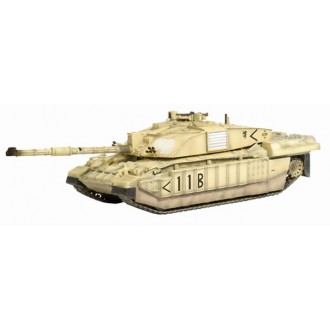 The superb Challenger 2 (CR2) is the British Army’s Main Battle Tank. The CR2 is based on the Challenger 1 that served with distinction on operations in the Gulf War and the Balkans. Only 5 per cent of Challenger 2 components are interchangeable with its predecessor; over 150 major modifications include a completely new turret, L30 CHARM 120 mm gun and second generation Chobham armour.

This authentic 1:72 scale model is part of Dragon Armor's Value Plus range.