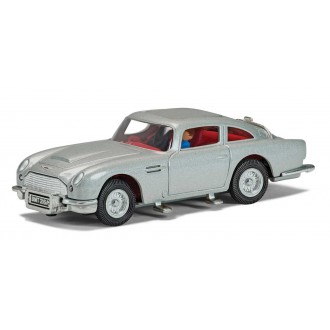 In 1965 Corgi won the first Toy of the Year for the Goldfinger James Bond Aston Martin DB5.  Now we present a new release and fully featured DB5 for a new Generation of James Bond Fans.

Presented in the iconic silver livery of the film and displayed in a special retro-styled anniversary box, the new model will come complete with many features such as James Bond driver, an ejector seat, retractable machine guns and rotating number plate.