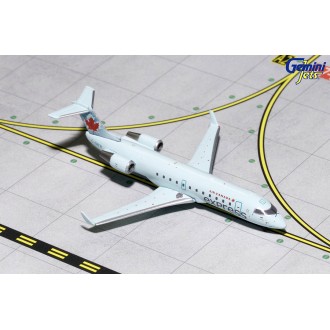 Born from the popular Challenger business Jet, Canadair then later Bombardier capitalised on turning this proven airframe in to the world’s first successful 50 seat airliner to be named the Regional Jet which later became known as the CRJ. There are now over 1000 CRJ aircraft flying with airlines all over the world.

This model is 7cm long with a wingspan of 6cm.