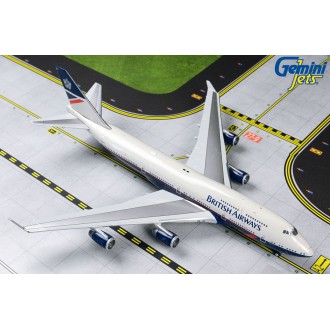 Finished in March 2019 British Airways Boeing 747-400 B-BNLY is now painted in Retro Landor Livery, which will be recognizable for many as it flew on British Airways aircraft between 1984-1997. The aircraft will be flying long haul destinations with the design until it retires in 2023.

This model is approximately 18cm in length, with a wingspan of 14.5cm.