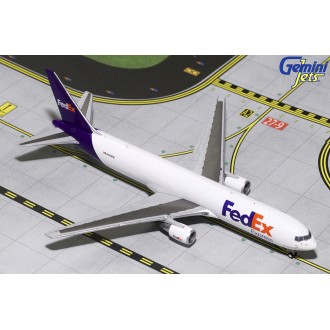 In order to satisfy the world’s airlines request for a 200 seat aircraft Boeing designed the 767. With an order from United Airlines in 1978 the 767-200 was officially launched. Based upon the success of earlier versions a growth variant of the 767 had been requested by several airlines. Featuring a 21 ft fuselage stretch the new 767 was designated the 767-300 and first flew in 1986. This freighter version of the aircraft is one of more than 50 in the Federal Express fleet.

This model has an approximate wingspan of 12cm and is approximately 13cm long.