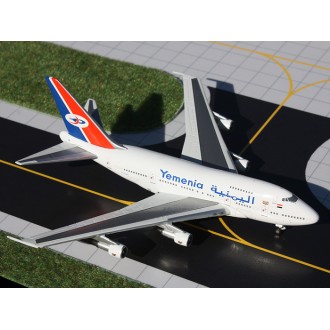 The 747SP was Boeing’s response to a request to extend the original 747 range. Shorter and more aerodynamic than the standard aircraft, the 747SP could fly over 7500 miles non-stop. The first aircraft was launched on July 4, 1975 and the last one was delivered to the United Arab Emirates on December 9, 1989. Most have now been converted for VIP or Head of State use.

This model is 14cm long with a wingspan of 15cm.