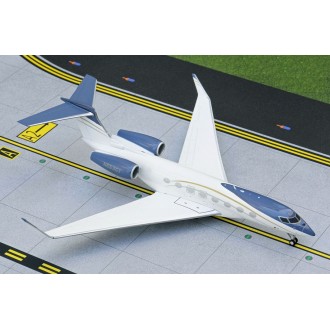 The Guilstream G650 is a private jet with capacity of up to 19 passengers with a range of just under 13,000 km, it is sold for between 50 million USD and 65 million USD. The aircraft controls are completely fly-by-wire, while common now, it was only the second business jet to employ fly by wire.

The Jet has encountered one crash in 2011. The aircraft was conducting a takeoff-performance test during which an engine failure was simulated by reducing the right engine's thrust to idle. The G650 became airborne briefly at a high angle of attack before its right wingtip hit the runway, then slid on the ground, struck a concrete berm, and caught fire.