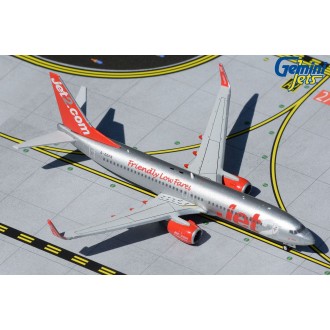 In the early 1990s Boeing worked on designing an aircraft that would replace older models of its popular 737 jetliner. In June 1993 Boeing launched the 737-X program after receiving an order from Southwest Airlines for 63 copies. This program resulted in the 737 Next Generation family of aircraft and would include the 800 variant.

Gemini Jets brings you the highest quality precision diecast metal airliners in highly collectable limited editions, with officially licensed markings, printed graphics, as real as it gets features and realistic metal landing gear. Registration-marked packaging is personalised to each aircraft to enhance its collectable value. Each model is released only once and never reissued.