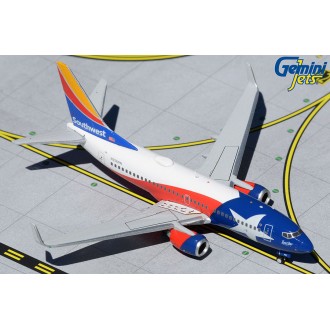 In the early 1990s Boeing worked on designing an aircraft that would replace older models of its popular 737 jetliner.  On the 29th of June 1993 Boeing launched the 737-X program after receiving an order from Southwest Airlines for 63 copies.  The program resulted in the 737 Next Generation family of aircraft and would include four different variants including the 737-700 the first of which was delivered in 1994. The 737 was one of the first aircraft to incorporate winglets on the main wing which help increase lift and give better fuel consumption.